Christy was kind enough to let me publish this even after my brain exploded and I forgot all about it in the abyss of my inbox. Seriously, Christy. You’re the best. Show her some love for me and check her out on Facebook, Instagram and of course, her blog Fountains of Home. 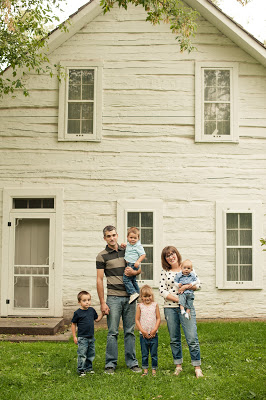 I have a party trick. It goes a little like this:

I’ll be having a casual conversation with a stranger. Maybe someone at a kid’s event, a cashier at Costco, a new hairdresser, those strangers you meet throughout your not too exciting day of running errands and the like who are friendly enough to strike up the conversation train. We’ll be chit-chatting about the weather, or the roads, or hockey, or Arcade Fire and then somehow get around to kids. Maybe they’re already a grandparent, or a new mom, or someone with older kids and I’ll mention that my girl/boy/baby/toddler did something similar or worse (usually worse) and how wonderful/horrifying/embarrassing/exhausting it was. We’ll share a little moment of kid bonding and sometimes they’ll say “Oh, so you have two kids then. The six year old and the six month old?” At which point I’ll drop the bomb – “Actually, I’ve got five kids.”

Well, no one has fainted. But I usually get reactions like utter disbelief, or genuine surprise, sometimes silence, and sometimes a nonchalant “Oh, yeah, 5 kids…” as if that’s a completely normal number of kids for a 28 year old woman to have and happens all the time at Costco. And to that person I wish I could pull a prize from out of my purse.

People usually don’t know where to take the conversation after this. They like to sing the standard “You’ve got your hands full!” or “You must be crazy”. To which I just try to smile and not look crazy. I admit I enjoy the “You don’t look like you have five kids” comments. If you want to feel better about your postpartum body I suggest just having a lot of kids because it really seems to lower the bar in people’s minds, “5 kids! And the woman can fit in pants! She looks great!” I never mention the expensive make-up and/or Spanx that goes into keeping up this illusion of course.

I’ve never been too offended and upset about these conversations. Maybe one day they’ll grind on me. I think I got over the shock and awe of people’s reactions to my family size about 3 kids ago. Now it reminds me that maybe I am living an extraordinary life. A life that isn’t the same as everyone else’s or one that is expected by our surrounding society. I don’t know if I project how blessed and happy I am because of it, or if they’ll ever know, but in the crazy exhausting chaos I know completely that I’m living the life of abundance God wants me to live. 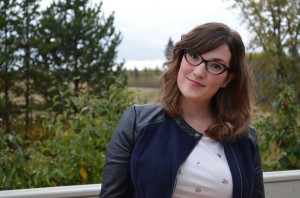 Christy Isinger is a full-time, at-home, sometimes crazy, mom to five(!) children aged 6 to 9 months. She herds toddlers and tries to keep a chaotic but loving home in northern Alberta, Canada. You can keep up with the craziness at her blog fountains of home where she writes about family, living the Catholic faith, books, and other random observations and opinions.

« So, it’s not just me?
5 Favorite Indoor Activities »