You are here: Home / Livin' the Dream / Mall of America
Mike and I took Ellen to the Mall of America on Saturday. We originally went there because we heard there was an aquarium there, and we thought Ellen would get a kick out of it. What we did instead was get lost  traipsing around all four levels of the mall while people watching.
This was one of the first things we saw when we walked in: a pretty large theme park complete with water rides, roller coasters and other nauseating things that you would never catch me on. It was pretty fun to watch though. 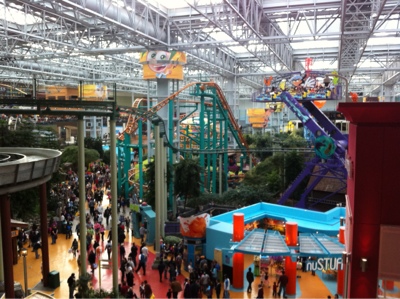 Mike really loved the Lego land in the middle of the mall. I think I broke his heart when I suggested that these huge Lego sculptures were probably put together by a machine after being programmed by a computer. Mike likes to think that a guy spent days of hard work putting these things together. I guess I like to think that too. 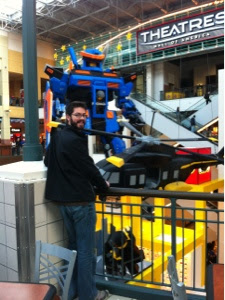 One of the most interesting things we saw was the new Windows store. It is almost exactly like the Apple store right down to the employee name tags. Even more interesting is the fact that the Apple store is directly across the hall. It made for really easy comparison since we are in the market for a new computer (which is nothing new to our family…)
I also love this picture because no one stopped me from taking it despite the fact that there is high tech gadgetry here. This is unlike the Lindor Chocolate store. I learned there is a strict “no photo” policy. They must be owned by Wonka… 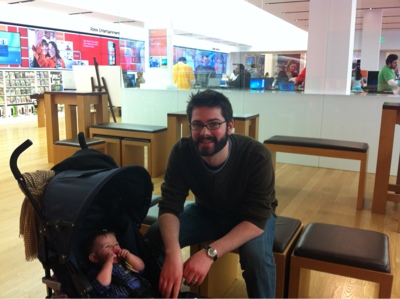 Here is a picture of a giant Peep for you. Happy almost Easter! 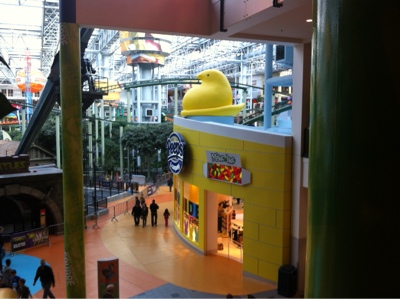 I used to be obsessed with this catalog when I was in middle school. I would get it in the mail and dog-ear everything I wanted. Then, I would bring it to my mom and tell her I only needed $438.96 which was really a steal! Then, she would laugh. Then we would do it all over again. Anyway, I was pretty excited to see the actual store! 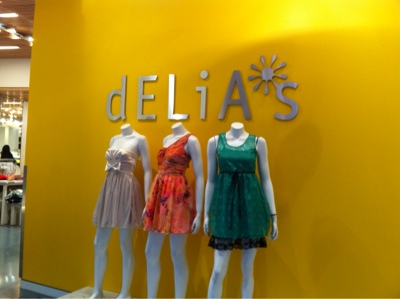 Our little trooper did not sleep one wink. She just took it all in and smiled the whole time. At one point, we were getting on the elevator when a little boy was getting off. He walked right up to her, grabbed her pacifier and started to take off with it. His mom was super apologetic, and we thought it was hilarious! 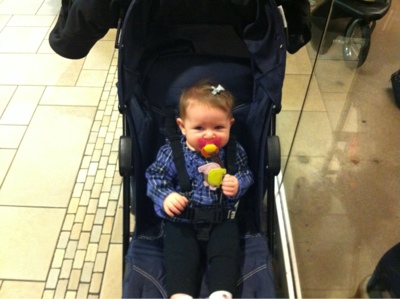 Before we left, we walked through the theme park. This was the only time Ellen was unhappy. She isn’t a big fan of loud noises just like her mama. We just gave her a dose of snuggles and she was fine. 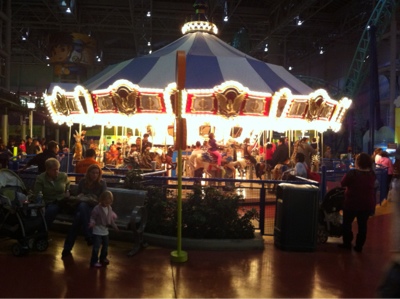 Mike and I were sincerely surprised how much fun we had. It’s not that the Mall of America is mind-blowing by any means. It’s just a really big mall. I think we just enjoyed the time we had to walk around with one another as a family. We talked, we laughed, and we made it out with only one purchase: a bag of popcorn. Not a bad Saturday!

What did you do this weekend? Tell me in the comment section below.
*
*
*
You have just read a post by Call Her Happy. Consider leaving a comment…I love ’em!