You are here: Home / Viva the Blog / 4 Things I Learned from #BlogHer13

Another thing off my bucket list this year. I’m just knockin’ ’em down, I say. I made it to BlogHer ’13 Chicago, and I’m already looking forward to going back next year. And, if all goes well, I might get to spend next year’s conference without a 12 lb baby strapped to me the entire time. Entire time. I’d show you a picture of my glorious delts, but I don’t want you to be jealous.

So, what did I learn? A lot. Let’s get specific. 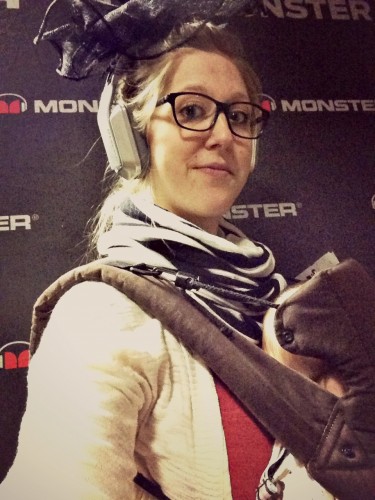 Did I mention I had a baby strapped to me for two days straight? There was a huge benefit to this (because, you know, bonding isn’t a benefit or anything). People love to talk to babies. It usually went something like this:

Being Catholic is great for Networking. 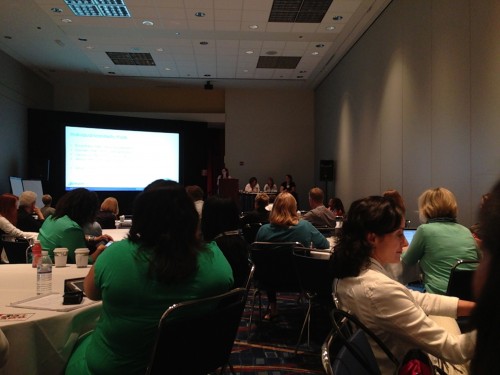 I did a lot of networking. And, it was apparent that I was surrounded by a lot of women that felt very differently than me on almost every social issue you can fill in this blank ____________. So, having the big mouth that I sometimes do, I spoke up in a session. I simply made it clear that I am dedicated to my Catholic faith and my vocation of being a mother.

And, you know what? I had so many women approach me afterward to thank me for what I said – and, I assure you, I did not say anything monumental. Later that night, I still had women approaching me wanting to talk about it. I actually had a line forming to speak with me.

I’m not telling you this so you can think I’m really cool. I hope you already know that…amiright? But, I am telling you this to show you how one little comment can bring someone’s faith into the light. Catholics – we’re out there.

You’re never too big to stop and chat. 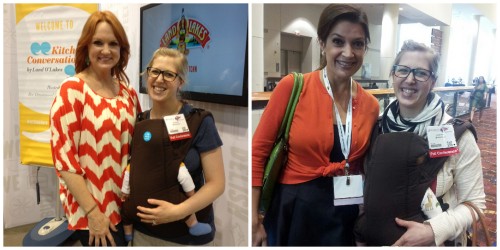 The Pioneer Woman and Suburban Turmoil

I like to think of Call Her Happy as a humble little patch of the Internet; a little fish in a big pond, if you will. And, however many readers I have at any point, well, that is just enough. There are plenty of bloggers out there who are bigger and badder than me, but they started out on their blogspot.com site doing just what I did. And, most don’t forget that.

If you leave the conference with a friend, you did it right. 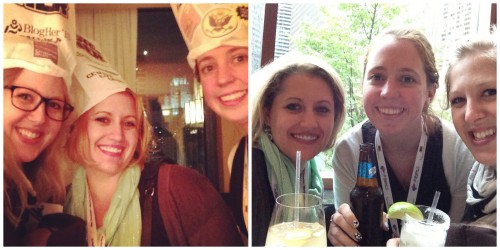 Ashley – Center Cut Cook and Jamie – For Love of Cupcakes

And, I left with two.

Yes, I learned many blogging tips and techniques that I found fascinating, but you probably didn’t come here for that. I will just implement them and secretly hypnotize you into singing my blog’s praises. I mean, I will create content that you will enjoy. Ahem.

UPDATE: Here is part of the transcript of the session I was in where I made the comment about being Catholic. I’m telling you, you don’t have to say something big and eloquent to stir up someone’s emotions:

“Hi, my name is Jenna, this is Sam. And we write at CallHerHappy.com and I say we because I’m usually nursing him when I’m typing. You can picture if you like, or not. (laughter) Anyway, my six-word memoir, Catholic and mom are the first thing that came to mind. Those are two things that I identify with most closely, and I also had curious on mine as well. I’m always curious about new things, really anything. I love to be a learner. Happy as well. I wrote down. It’s in my blog title, call her happy. I try to bring that to my readers, even though that’s not my constant state, I try to, you know, give that to them. I would also say I’m an evangelizer, I’m very into my faith and I like to bring that to people who are either like-minded or who just want to know more or want to have a discussion about it. And I try to be approachable as well with humor and joy, things like that. That’s more than six words. (laughter).”