You are here: Home / Viva the Blog / Your Family’s Story in Photos: Why You Should Consider a 365 Project

Today I’m participating in the Ultimate Blog Swap. You’ll find me posting over at Clara’s Closet about celebrating Mother’s Day year round, and I’m excited to welcome Andi from Bringing the Sunshine to Call Her Happy. Consider subscribing and never miss a post!

Have you ever consider tackling a 365 project?

An avid 35mm hobbyist for years, I bought a digital SLR a decade ago, in the early days of digital but never learned much about post-processing. I took a lot of pictures of Sarah Kate, my first child, because, well…she was FIRST. Everything was new and different and special back then. She was also a preemie born with a mild-to-moderate case of cerebral palsy, so we documented each and every milestone because so many of them – like walking, which she didn’t achieve until age three – were so hard won.

By the time Sarah Kate started kindergarten, our life was, if not typical, at least something akin to it. No, Sarah Kate still couldn’t run or jump, but she was included with her classmates and in most ways was typical. I still recorded the major milestones – the first day of school, the first tooth she lost, and the like – but for the most part, I settled into being an “event” photographer only, and I rarely pulled out my DSLR anymore, opting instead for a point-and-shoot or my phone. To Mr. Andi’s and my surprise, I became pregnant again just before Sarah Kate started first grade. It was an unexpected blessing in more ways than one. Nathan was born in the spring of 2010, and he has Down syndrome. For the first several months of his life, I didn’t take many photos. It had nothing to do with Down syndrome – he just wasn’t the firstborn, and I’d fallen out of the habit I had with Sarah Kate. One day when he was about six months old, I looked through all of the photos that I had of him; there weren’t many, and most of them not taken in the hospital immediately following his birth were taken with my iPhone. 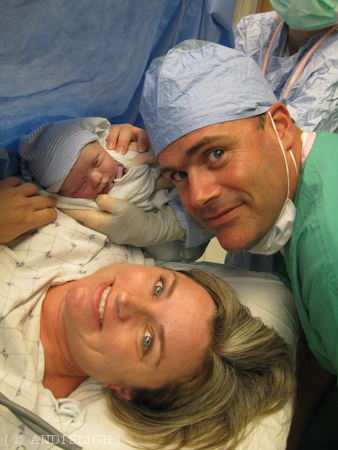 I dusted off my DSLR (now woefully outdated) determined to do better. I decided I wanted to (finally!) learn Photoshop. I was determined that my son wouldn’t suffer the fate of most other second-born children: only a smattering of childhood photos, and most of those with the older sibling. For a couple of months, I struggled to find “occasions” to shoot – Halloween, Thanksgiving, and Christmas worked well – but most days I was too tired from simultaneously caring for an infant and shuttling a second grader around to swim team, guitar lessons, and physical therapy. I grew discouraged.

But then I heard about something called a 365 Project.

At first, I couldn’t imagine taking a photo every single day. What would I photograph? But what I could envision was creating an image every day – maybe a photo that I edited and posted a few days later, so if I had a few good ones one day and nothing the next, I could keep it up. That was how my 365 project was born, on January 1, 2011 – and I haven’t missed a day since. When I decided to tackle 365, I set up a Flickr account and a blog that posted to my Facebook account, because I wanted to have a way to stay accountable. My friends and family (i.e., grandmas!) see my daily images and comment, and when I goofed and accidentally posted only to my Flickr account, I got chastised. My friends and family (i.e., grandmas!) notice if I don’t post. 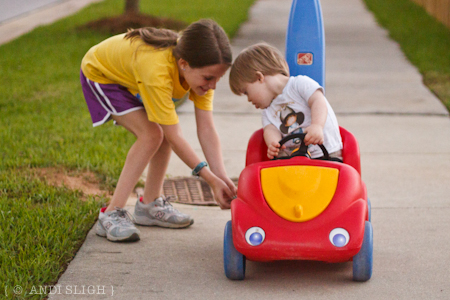 Nathan is two now, and Sarah Kate is nine. It’s amazing to me to see how much each of them has progressed since I began. The lovely still shots of my son have become harder to acquire as he’s gotten more mobile (and willful – he is two, after all). My daughter is less enthusiastic about posing than she was sixteen months ago. But would I have noticed these subtle differences without my camera?

Maybe. But maybe not.

As a mom with two children who have special needs, I don’t take any achievement for granted. Once upon a time, I barely dared to hope that one day Sarah Kate would be able to walk independently. This spring, she played softball on a regular team without any special accommodations. No, she wasn’t able to run, but she was able to hit the ball. She grounded out countless times, unable to reach first base as quickly as her defender, but she was also credited with many RBIs. 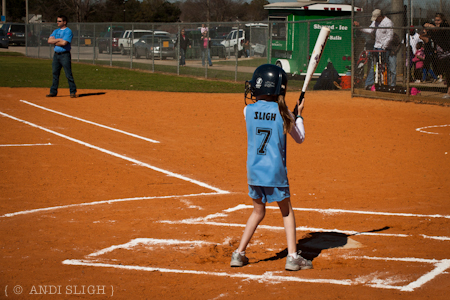 Once upon a time, I feared that Nathan wouldn’t develop as quickly as his peers. In some ways, that has been true, but in other ways he’s far ahead of them. Overall, he’s pretty typical. Every milestone, and all of the time spent waiting between them, is captured in images that help tell the story of our family.
You don’t have to be a great photographer to tackle a 365 project; you only need a camera and the desire to tell your family’s story.

Why don’t you start today?

More 365 resources:
Thank you, Andi! Please visit Life Your Way to see all of the Ultimate Blog Swap participants!