You are here: Home / You Know? / You think one kid is hard? Just wait! 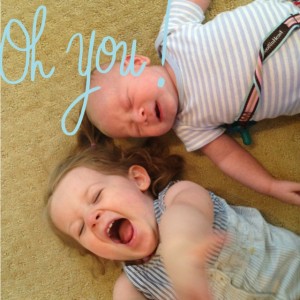 You think one kid is hard? Just wait! You think having one little one to diaper, to feed, to care for is daunting? Well, just wait. If you think that having one child can be tedious and boring and frustrating, just wait. Because once you have that second one, it gets so.much.easier.

People are in love with “just wait-ing” new moms, and I find that incredibly rude. I want to tell you what having two kids is really like.

When you have your first kid, everything is new to you. You are learning to feed, diaper and bathe your baby. You are trying to decipher the different cries. You need to figure out how to get that carseat in and how to strap her in a carrier. The logistics of getting out of the house with just the two of you is so daunting that you don’t even think about the idea for at least three months. You can’t even shower without taking fifteen minutes to organize your mind and make a plan of action. Maybe you were like me, and you called your mom crying and saying, “I don’t do any activities with her! I don’t know how to play with her!” And then your mom laughs at you and says, “Um, she is five days old…” 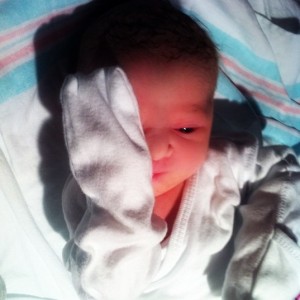 But, what was hardest for me with our first was learning to die to myself. I had things I wanted to do and ways that I ran my day. I had plans and routines and certain idiosyncrasies that weren’t to be messed with. But after having a kid, there was no time to be selfish. Yes, she slept a lot, but figuring out how to be a mom is tiring and can take up all of your free time. Once I realized that it wasn’t about me anymore, life got a lot easier.

And then came number two. 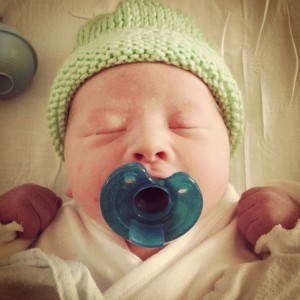 I was certain that life was going to be miserable for a while until I could get back into the groove that Ellen and I had finally settled into. But that wasn’t the case at all.

With Sam, the birth was so much more pleasant. In fact, it was downright boring compared to the first one. Mike and I watched TV, joked with the nurses while I delivered him, and I told Mike I was already excited for #3 ON THE WAY HOME FROM THE HOSPITAL. I thought maybe it was my hormones, but the sentiment still stands.

When Ellen was first born, I think the entire world stopped, and I retreated into a little newborn bubble. Everything was hard and I had no attention left to pay to anything else but being a mom. With Sam, life went on. He became part of our day, part of our routine, and he and I both adapted very well to his life outside the womb. I am more relaxed about things now. I could go on about this idea, but I think Ana said it best. It’s just that at this point with Sam, I already knew how to die to myself. He was just another mouth to feed, diaper to change and baby to love – in the best of ways. 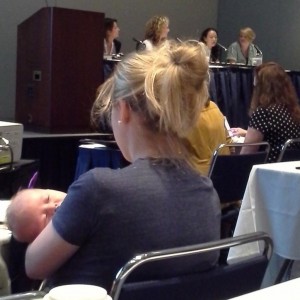 What is harder though? Because, some things do get a little harder.

There are situations that you just don’t really think about until you have more than one (and I’m sure this is true for each subsequent child…). Things like how am I going to carry this box to the car while I hold the baby and make sure the toddler doesn’t run into the street? Things like they are both crying for legit reasons, so who do I go to first? Or, I want to shower but the toddler will poke the baby in the eye as soon as I jump in. And, these situation vary depending on your living situation, the layout of your home, and the ages of kids you have, but they all have one thing in common: don’t try to figure out all of the logistics until you need to. You’ll drive yourself nuts. Just take things really slowly. Learn to be in the moment and deal with what is in front of you at that specific time. It might take you 20 minutes to get the kids in the car, but for that 20 minutes, that is your job. That is what you are doing. Embrace it. 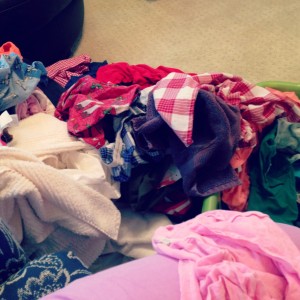 As for the guilt, it will be there. But, God didn’t give mothers multiple children so they would feel guilty. God gives a mom multiple children to grow her heart, teach her children about living in a family and humble her enough to ask for help. < Tweet this.

And I did some things to help myself out…because I am Type A and I own it. I created a daily schedule, a list of goals, meal plans, and a mantra: you can only do what you can do. And for my fellow list-makers and goal setters, a post is forth coming. Relax.

Yes, all babies and pregnancies are different. I might be singing a different tune when #3 comes into the picture. But for now, I am just rolling with it and not thinking too far ahead. I mean, we’re all still breathing, right?

« It gave me chills. This is why.
Viva the Blog + Giveaway »