You are here: Home / You Know? / With All the Energy I Can Muster
I don’t like to get all political and religious on my blog, but…oh, wait. Yes I do. Anyway… 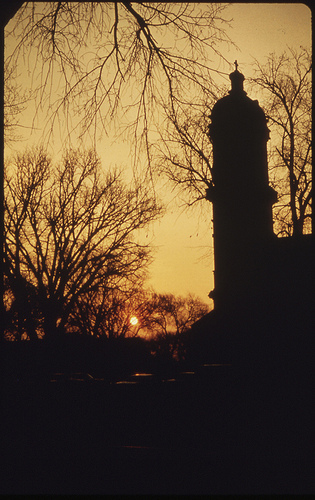 St. Francis is often credited with the quote, “Preach the Gospel at all times, and if necessary, use words.” And, you know, I agree with that. We should be the living Word, just as Jesus was Word made flesh. However, I don’t think St. Francis was giving us a free pass to keep quiet in the name of being polite. I recently posted a letter on Facebook. You can read it here. Please note what Cardinal Roger Mahony says toward the bottom.

I received a very civil and courteous response from a friend in dissent of what I had posted. Of course, I responded, and I wanted to share what I said. Not because I want attention. Not because I want comments. Not because I want the glory. I am sharing because, as I will mention, the other side is louder and prouder than we are, and we need to make some noise. I pray that any desire for kudos, distinction or even dissension is stricken from me and is only for Him. Finally, I apologize for the stream of consciousness form it takes. I just kind of let the Spirit guide me on this one. I tried to add and edit a bit to make things clearer. So, without further ado:
***
“But think about it this way: these companies and organizations are run by people and employ people who cannot cannot cannot support these “services” in any way. It’s an attack on our religious freedom. It is against every moral code we stand for. And, whether or not you agree with the mandate, it should scare you. The government is now forcing religious groups to go against their beliefs and doctrines. How would it be perceived if the government forced Muslims to uncover their faces even though some believe in it wholeheartedly. There would be outrage. But it feels like because this is an attack on Catholicism, it’s ok. It’s truly scary the times we are living in. So, like I said, regardless of your beliefs, this should terrify everyone.
“Also let me say this: why wouldn’t someone go to their almighty Planned Parenthood to get The Pill? Everyone has fought so hard for them for that reason. Or why not offer people an option to add those “services” as an add on to pay for themselves? We shouldn’t have to pay for birth control as much as a vegetarian should not have to pay for my steak dinner. Some people might say that people can’t afford to pay for a part of their insurance. Well, what about my mom? She needed to get shots for cancer treatment. Without them, my mom would have died. They cost $3500 each, she needed multiple doses, and my parents can’t afford that. The insurance company told them they would not cover the treatment. My parents are still paying those bills. Where is the government on that one? Isn’t The Pill a person’s choice? When used for birth control, it’s not for life-saving reasons like cancer treatment. Should I have to pay for someone’s lifestyle choice that goes against my religion? And yes, there are people who take The Pill for medical reasons. But, let me say again: what about free pills from clinics? What about insurance add-ons? What about alternative treatments? And as I pointed out, insurance certainly won’t cover all life saving treatments, so why this one that is so against everything we believe? All this, and, I haven’t even touched on the issue of abortion yet. It is terrifying that we are letting our government attack our religious freedom. What is next?
“The Catholic Church is not telling people they can’t have their Pill (although they are morally opposed to any form of contraception for any reason). They are, however, saying that they will not pay for something that is against every fiber of their religious being. Taking The Pill is your own choice. Leave us out of it! And, let me say it again: we are not trying to outlaw The Pill! We are not trying to outlaw The Pill! We are not trying to outlaw The Pill! We just refuse to pay for it. Please, leave us alone!
“Think about the institutions that are being affected. Aside from millions of run of the mill companies, seminaries are lumped in here too. Schools who train Catholic priests must conform to this. How is that not insanely wrong??? People say, ‘Keep your Rosaries off my ovaries.’ I say, ‘Keep your pill off my free will!’
“Also, this is not an attack on you or any of the people I love. You know I love you and respect you. I just think people should be pretty scared about this. And to my Catholic friends, I pray pray pray for you. Please make noise. The reason this is happening is because we are not loud enough. The opposition is heard loud and clear, but we are only a whisper. Stand up for our Lord and make it LOUD and CLEAR!
“Also, I know you might be thinking, ‘wow, Jenna really speaks her mind. Good for her!’ But it is really terrifying for me. For every ‘like’ or word of praise, I get twice as many comments or mean emails condemning me. It never gets easier and my skin never gets thicker. I cry to Mike every time it happens. His advice to me? ‘You can either stop saying something (which he doesn’t suggest I do), or realize that God said we would be persecuted. If you’re being persecuted, you’re doing your job.’ So I say to you: Ask yourself, ‘when is the last time I was persecuted for Christ?’ And remember: God doesn’t call the qualified; He qualifies the called!”
***

I know that a lot of you might have something to say about this. All I ask is that, like my friend I mentioned above, you speak with intentions for discussion and not destruction. And, if you agree and if you’re feeling courageous, please, say something too! It doesn’t need to be here. Say it anywhere!