I’m warning you right this instant: this is complete stream of consciousness post. I had no way of unifying this after a long night of election drama. So, just read it all with that in mind. Comment on what you want. Ignore what you want. Enjooooooooooy. 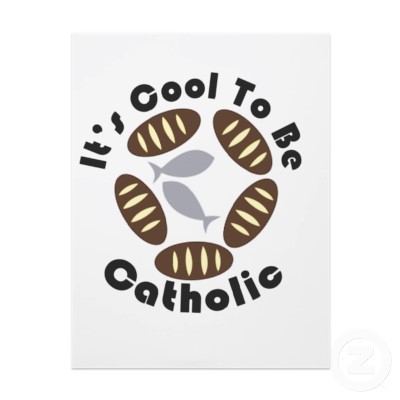 This is going to be a hard four years for me, for our country, for our world. I pray for all of those who voted for Obama in the name of progress. Lord, they do not know what they have done. I pray for our President, despite my distaste for all he stands for. I am so sad for my daughter. I wish there was another world I could raise her in. I wish I could do better for her. I weep for the world she must grow up in. It is so hard to love your child so much and know that she must face a country that feels it is so much smarter than Jesus Christ. I can only pray that she falls into a group of friends that support her in following the only true path to eternal salvation.

Why am I scared for our country? Because for some reason, the Catholic faith is being demonized in the media, in liberal speech, and even by some Catholics who no longer identify with the Church.

If the HHS mandate were to pass, Catholics have three options: 1. violate their beliefs, 2. pay $100 PER DAY per employee or 3. only provide health care to Catholic employees. You know what I see happening if it were to pass? Catholic hospitals will shut down and millions will have to go elsewhere for care. People will belly-ache and moan about how Catholics are hypocrites for not staying open and providing care and being pro-life and blah blah blah. But, what they fail to mention is that we were forced being to disobey our God, to go against our religion (our “freedom” of religion) in order to follow a secular law. Above all else, we obey the Lord…not a bunch of American voters who think they need to change what the Lord Himself has already made pretty clear.

Why am I unhappy that Romney isn’t our new president? Because I believe that he would have protected my faith. I believe he would have taken my religion seriously even though he is not part of it. How can we trust another man that would walk all over another person’s beliefs? How can we say we are for equal rights when Catholics are conveniently left out of the equation?

It saddens me to think that people think so poorly of my faith. I take it very very personally. People talk here and there about anticipation for election season to be over so we can all be friends again. But, I can’t forget the things that people have said about my Church. I can’t forget the hurtful lies and misconceptions people continue to believe. I AM my faith. I may not live it perfectly all the time, but that is the beauty of it. Christ forgives, and I get another chance. If you’re not cool with my God, you’re not going to be cool with me. So, while the election might be over, and I will be trying to forgive those who have harmed my love, I cannot forget it. I will pray for those people, but I am still hurt.

Did it ever occur to anyone that having respect for all humans does not mean giving them everything they want? As a country, we have completely abandoned moral absolutes in favor of political correctness and “fairness” to all. Just because someone feels he or she is entitled to something, it does not mean that they should have it. Does that mean we think less of that human and treat him or her as less than? Um…no. It’s the same thing as being a parent: just because Ellen wants it doesn’t mean it is best for her or our family. She can’t always have it, but I still love her and take care of her. Oh look. She agrees.

Did you know that I am actually in support of a woman making all of the choices regarding her own body? I think it is very important that she is in charge of her own health. I think she can do whatever the what she wants to her body, and I am totally cool with that (I’d really be happy if you kept yourself healthy!) Where the problem comes in for me is when she starts to make decisions for the other human inhabiting her body. When did it become ok for her to make decisions for that person’s body?

Kendra said this yesterday. I like the way she thinks. “Parties this year have tried to divide us on what they call “women’s issues.” You know what’s a women’s issue? If you answered anything but “all of them,” you’ve forgotten that women are just as much human as men.”

« Before you vote today, read this.
Mike Hines-Site »