I was all set to write a post about our Francis and talk about how lovely he is (isn’t lovely the best word for him?). I was going to confront all of those naysayers who think he’s too conservative and refute all of those who utter the phrase, “Maybe this new pope will change the Catholic Church’s stance on…”.

Then, Meg wrote this post, and everything I had to say was moot. She nailed it. Nailed it with a sledgehammer. That nail does not exist anymore. You get the idea. 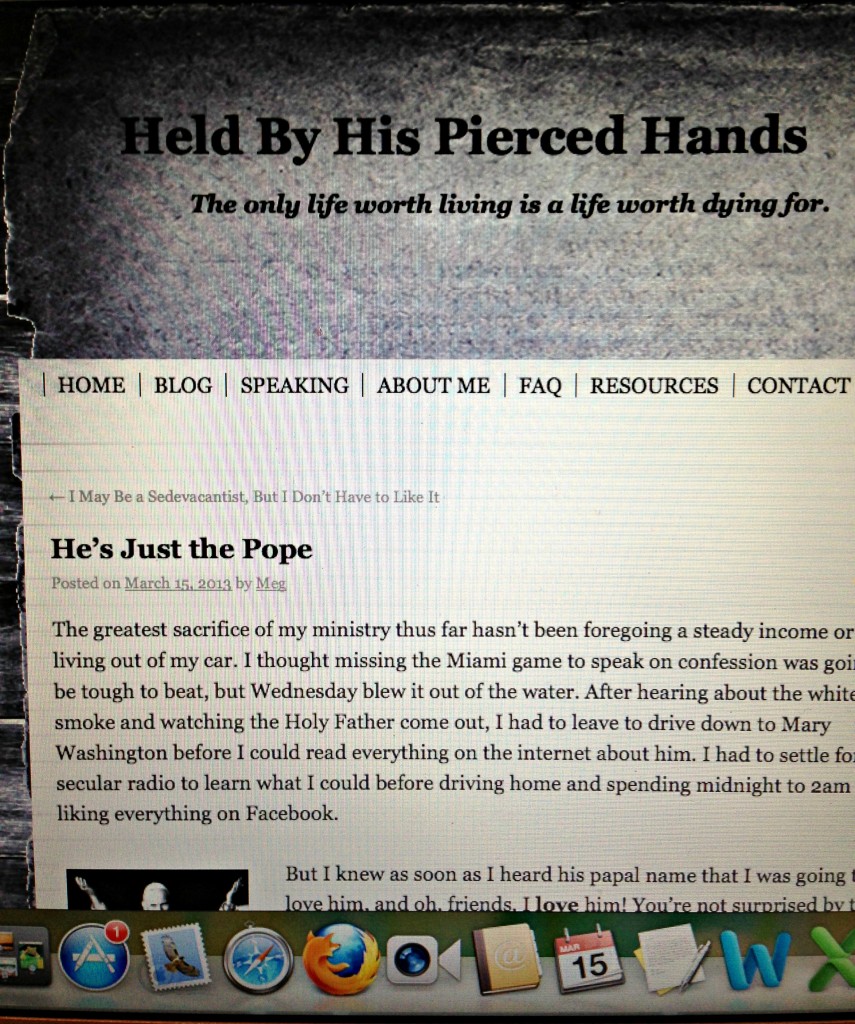 And, if you need a little teaser, here is my favorite part:

“might I point out that being Catholic has nothing to do with what kind of man the pope is or what positions he holds? If Jesus is God and founded a Church, your allegiance to the Church should be too strong to be swayed by “liberal” or “conservative” popes. Because the pope can’t change doctrine. So if you’re sticking around in the hopes that he’ll allow contraception or gay marriage, you’re going to have a frustrating time of it.

Or if you’re staying because you’re sick of following sinners and hypocrites and you think Pope Francis might be different, I’ll burst that bubble right now: he’s a sinner.

But if you’re not willing to love the Church in all her brokenness, can you really call yourself a Catholic? I’m not kicking anyone out of the Church here, just asking: are you more convicted of your ideology than you are of the infallible teachings of the Church? Because he’s not going to change those awkward teachings–he can’t. He’s just the pope.”