You are here: Home / You Know? / Guest Post: My Breastfeeding Journey

I’m so glad Vicki is here to take care of you while I rest. She is really good at taking care of mommas, just so you know. If you’ve been around a while, you might know her as my doula with Ellen. Now, Vicki is a good friend, and she blogs over at The Verougstraete Family. You should also check out her doula site. She put up with 22 hours of my whining and moaning, so you know she is good.

I haven’t always been a mom that felt confident nursing in public or comfortable feeding my baby with my body. It’s taken 6 years of being a mother and nursing 4 children to become completely satisfied and comfortable with the breastfeeding relationship between me and my little one. 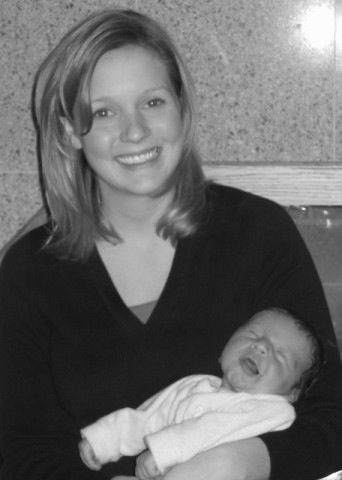 My breastfeeding journey began back in January 2007 when my sweet baby Remie David was born. While I was pregnant with Remie I took a “Basics to Breastfeeding” course that taught me everything I thought I needed to know about how to breastfeed a baby. After all, breastfeeding is a normal way for mothers to nourish their babies so I thought it would come naturally and easily for me. Boy was I ever wrong! Nursing Remie at the hospital after he was born had its good moments and bad. Sometimes he’d latch and other times he wouldn’t. Too proud to ask for help, I fumbled my way through figuring out how my body worked and how babies work all while trying to adjust from being Vicki to becoming Mommy.

When we were finally at home together, I expected breastfeeding to get easier. It didn’t. Well meaning friends and family would try to give me advice for easier feeding and I would cringe every time someone would say “I think he’s hungry!” I wasn’t embarrassed that I was nursing my baby but I was embarrassed for other people to see my breasts. I didn’t want others to see my engorged chest and oversized nipples (yes, I said it! I swear nipples seem to grow about triple their size when nursing!) I also was embarrassed to admit that I wasn’t a perfect mom and I was struggling.

A few days after being home, Diane, the lactation consultant from my OB’s office, called to check in on me and Remie. I lied and told her that everything was great but I admitted that sometimes I struggled getting Remie to latch. She suggested that I come to the office to show her what was going on. My pride got in the way and I told her that everything was fine but Diane insisted that I meet her at the office in an hour. I was mortified. How could I admit that I wasn’t a good mom and couldn’t breastfeed my own child? At the office Diane watched as I tried to feed my baby. To my surprise she said that I was doing everything right. She then did a few tricks and got Remie to latch on and eat and eat and eat! Boy was he ever hungry! She explained that I had flat nipples and that made it difficult for Remie to feel them in his mouth to signal to latch on. She gave me a few tips for preparing my nipples for feeding and Remie starting latching and eating like a champ every time! I would nurse Remie at home and give bottles in public. The thought of nursing in public put me into a panic attack so I would avoid it at all costs.

My goal was to breastfeed Remie for 6 months. The day he turned 6 months old I started to wean him. I didn’t enjoy nursing him and I was ready to have my body back and be me again. Selfish, I know, but that’s where I was in my journey. 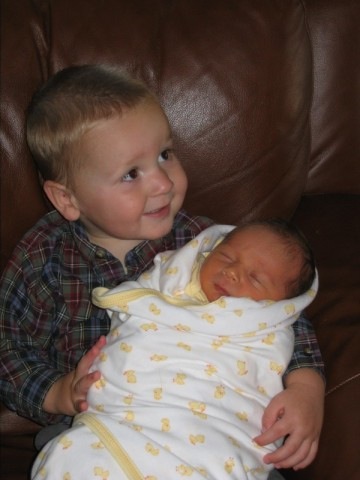 When Charlotte was born I was prepared to breast feed because I was now an experienced mother (or so I thought). I now understood about my flat nipples and how to get them ready for nursing so latching the baby on would be easier. I didn’t have any issues with the fundamentals of breastfeeding this time around and nursing Charlotte was not as miserable as it was with Remie. I actually almost enjoyed nursing my baby. However,  I still was not confident in myself enough to nurse in public. I remember desperately trying to pump enough milk for a bottle before leaving home in case Charlotte got hungry while we were out. It was not fun. Worrying about the milk staying cold, figuring out how to warm a bottle of breast milk in public and rushing home to pump when I missed a feeding was all part of refusing to nurse in public. It was stressful for me and I’m sure it was stressful for Charlotte.

My goal with Charlotte was to breastfeed longer than 6 months. I was slowly gaining more knowledge about the benefits of breastfeeding and I knew that the longer we continued the better it was for both Charlotte and I. Around 8 months old Charlotte started getting curious about the world around her and nursing became a challenge. She would want to look around while eating rather than staying latched on for the entire feeding. I was getting frustrated and because I met my breastfeeding goal, I decided to wean her at 8 months old. 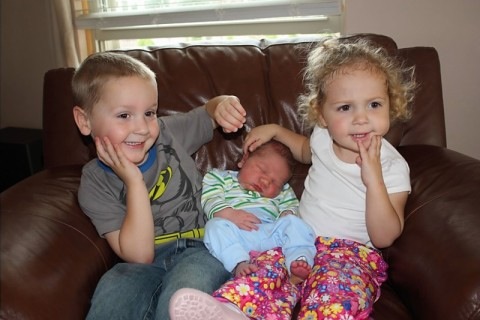 Isaac was a great at nursing from the beginning. I was starting to feel more comfortable with the idea that my body was designed for nourishing my babies and I would occasionally nurse in public with a cover. I enjoyed the bonding time that Isaac and I had during our nursing sessions and it was no longer a chore to feed him like it was when I fed the other children. I really didn’t have any breastfeeding goals with Isaac. I was open to nursing him as long as he’d let me.

When Isaac was 8 months old he started getting curious like Charlotte did at that age. Nursing him became a chore and I felt like I was constantly begging him to eat. I was also feeling pressure from friends and family by them asking when I was going to start weaning and didn’t I think Isaac was getting too old for breastfeeding.  My husband kept encouraging me to keep trying to nurse Isaac but I was beginning to feel defeated and finally I decided to wean him. I remember being sad that I was done breastfeeding another child. 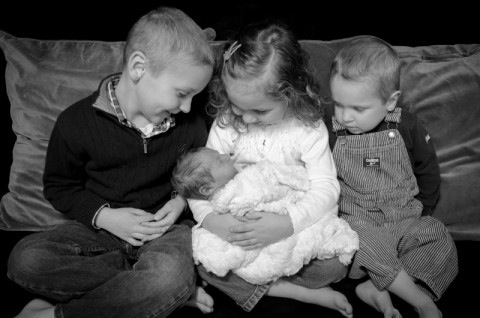 I’m not sure what changed in me in the short time between nursing Isaac and becoming pregnant with Grace. Maybe I matured a little and realized that life isn’t all about me and being a mommy sometimes means sacrificing my comfort level in order to take care of my baby. I’ve learned that babies not only thrive from the breast milk they receive from their mommy but they also need their mommy’s smell, closeness and bonding time that only comes from breastfeeding. I made a decision and was determined that this time would be different. I made a promise to myself and Grace that I was going try my best by stepping outside my comfort zone to always put my baby’s needs first.

From the moment she was born our nursing relationship has been nothing less than wonderful. Grace and I have such a close bond that sadly I didn’t have with my other children.  Grace very rarely gets a bottle because our nursing sessions are our special time together and I wouldn’t miss that for the world. The only time I pump is when I am stock piling milk to donate to a baby in need. Nursing in public was a little bit scary at first but now I don’t even think twice about feeding my darling baby whenever she needs it.

Grace is currently only 3 months old but I am determined to work through the dreaded 8 month nursing strike and nurse her until she is at least a year old.

Hopefully by sharing my journey, other moms can be encouraged and understand that they are not alone in their struggles. Breast feeding is hard but with a little determination and support you can have the most wonderful nursing relationship with your little bundle.