It seemed like it was going to start off alright. Both kids let me shower in relative peace this morning, and we all slept until 7:45. Not too shabby.

And then everything went down faster than prune juice through a 2yo.

“Let’s bake cookies!” I said. “It will be fun!” I said. So I spent a whole hour wrestling two children into clean diapers and kind of clean clothes so we could march down into the kitchen for breakfast and baking. And that’s when I realized that we never cleaned the kitchen from dinner last night due to some unfortunate and unplanned events (ahem, Mike). No problem. I would just clean the kitchen until it didn’t really come close to sparkling, and then get the goods out to bake.

But, you know, babies and stuff. Sam wanted to eat and then Sam wanted to sleep. And since he can’t do either of those things without me these days, the joy fell solely upon me.

THEN, it was time to bake. So I got all of the ingreeds. Ingreeds that I had sent two different people to the store for over the past week because I kept running out of things I needed. (Yeah, I tried to bake these cookies on two other occasions this week. Failasaurus.) And what do I find? We are out of peppermint. Just an empty bottle of it because that makes sense that I would put an empty bottle back in the cupboard.

Ellen was finally and sufficiently yelled at and redressed, so I piled them in the car one trip at a time because dragging two through two feet of snow is not my idea of keeping it cool.

The entire way there, Ellen yelled, “Mom! Look at me!” which, you know, I can’t. So, when we got to the overflowing Meijer parking lot, I turned to look to see that she had taken off her boots and socks. Hardy har.

Get kids in store. I just need peppermint, but I might as well pick up a few things for pies that I need to make this weekend. We grab all of the goods with ease until we hit up the last isle. I am calculating measurements and very complicated mathy things in my head while Ellen yells,

I swung by the wine isle for an impulse buy of a bottle of the cheapest I could find because anything will do the trick.

So, we pay, and get out mostly intact. The total damage only came to $40, two hours, two lost but then found hats and one boot dropped twice crisis.

Now we are back at home, and the only solace I could find was to either eat my weight in baking chocolate or hash this out for you. This option seemed easier on my thighs.

And, I will just leave you with all of that. I haven’t baked the cookies yet, but I have the damn peppermint. I might get to it later, but right now, Ellen is emptying a box of tissues while Sam is eating an orange crayon.

It’s the price I pay for sanity? 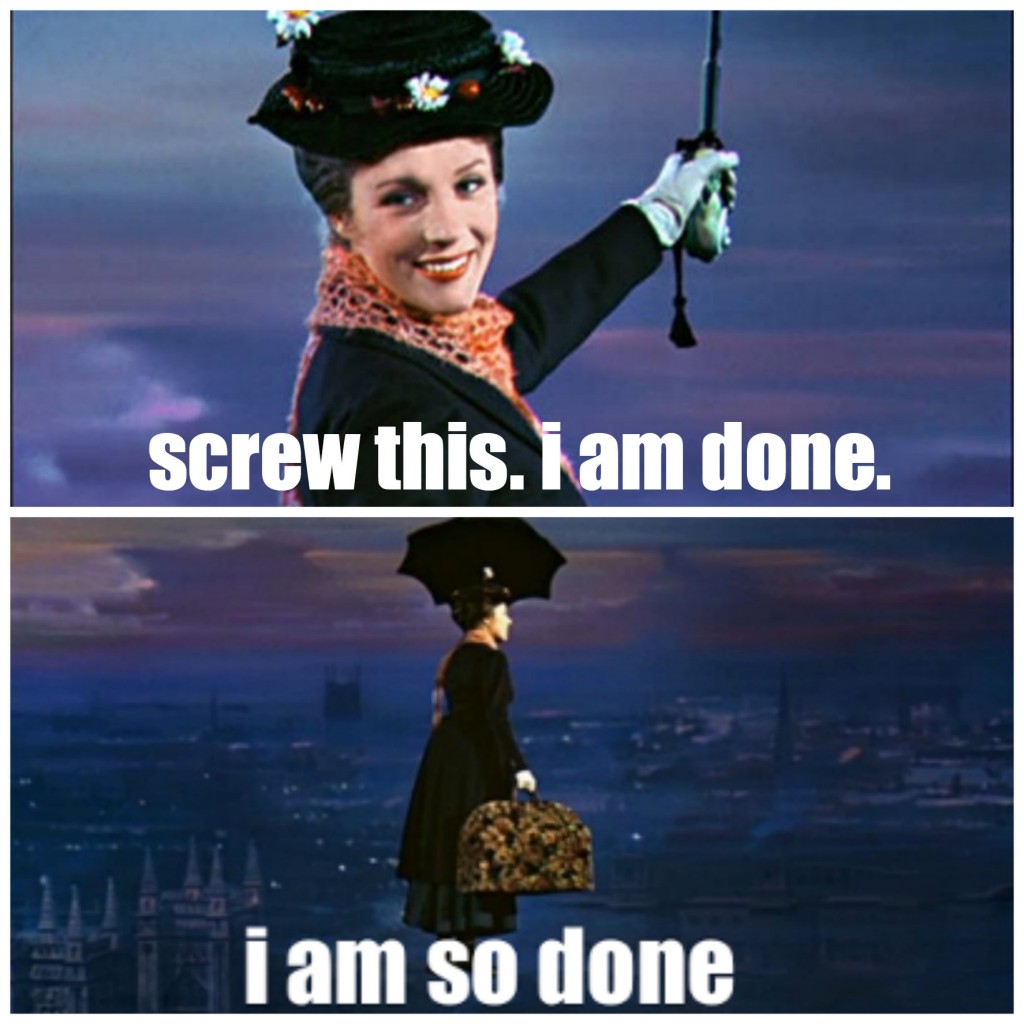 « What I Might Wear for Christmas & Other Non-Thoughts
7QT: Things I am proud of this Christmas. »