This was a happy accident. Also, it wasn’t my accident. It was my mom’s. I’m just here to type about it.

Sam wanted a Paw Patrol birthday party last month. It consisted of colorful balloons, his Paw Patrol toys on top of a store bought cake, hot dogs and puppy chow (…get it?) which my mom was in charge of.

When I tasted it, I was all, “Did you put cinnamon in this?” And she was all, “Yeah, I accidentally used cinnamon Chex.” And we all were all, “Mmmm.”

You see where this is going? Ok. Enough chatter then. Here’s the recipe: 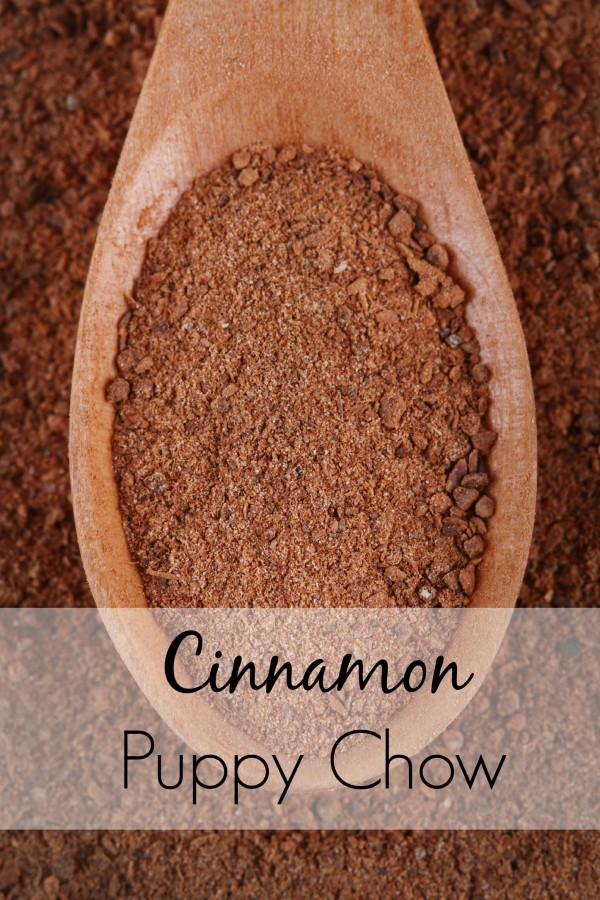 1. Melt the chocolate in a saucepan (or microwave or double boiler) and add peanut butter. Stir until smooth.
2. Pour mixture over your cereal and lightly mix until coated.
3. Divide cereal into gallon bags.
4. Sprinkle each bag with powdered sugar and toss until coated.
5. Spread puppy chow on wax paper to cool.
6. Store in a sealed container.

I mean, it’s pretty standard puppy chow with a super special secret ingredient that no one will expect but everyone will love. You’ll be popular, make more money and have clear skin if you make this recipe.

« 7QT: Did you dance as much as I did?
#5Faves: Products for Looking Fresh Without a Shower »