Things I did yesterday while tired:

Tried to put my car in drive while pushing down on the gas.
Almost drove away without paying for my gas.
Attempted to put Ellen’s socks on Sam’s hands (because I thought they were her feet???)
This.

I had a dream last night that when the royal baby was born, Elton John and Nicki Minaj paid to have purple and pink gum balls rain from the sky. That was a dream, right?

If you’re a math teacher or you know one, I thought these posters were pretty cool. I might be biased. My brother-in-law made them. 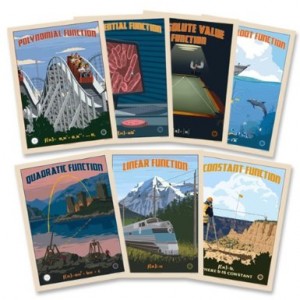 Last night, Mike and I took the kids downtown for a music festival. Tons of people. Closed off streets. You know what I mean.

Anyway, this lady and her husband were walking their dogs through the crowd, and Ellen stepped in front of them, and they had to dodge her. Whatever, right?

I stabby eyed her for blocks. 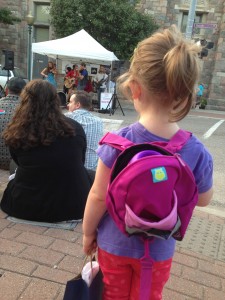 If you complain about my daughter again, mama bear will maul your face.

Do you think that maybe, just maybe, you might have won the Santa Clara giveaway for a chance to chit chat blog stuff with me me me? Go on, check it out.

I made these for dinner last night. I try to do one Pinterest recipe a month. Sometimes they super fail like this one. And sometimes they turn out bomb: 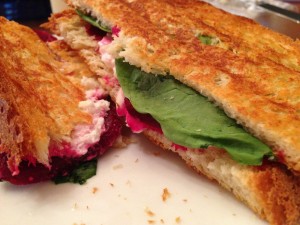 I used spinach instead because I’m chef like dat.

p.s. I made that bread. I made it with my own two hands and a big appliance.

I wanted to give a little love to FLAP today too since I haven’t been there in a while. For the Assumption yesterday, we actually attended the vigil Mass on Wednesday night.

We went back to a church we used to go to when I was pregnant with Ellen and before we moved all over the place.

The kids were wicked well-behaved. It was amazing.

It must have been my pretty outfit. 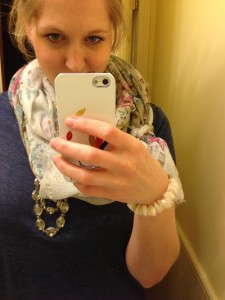 More likely though: Momma Mary was praying for this earthly momma. Love her.

Linking up with another momma – Jen.